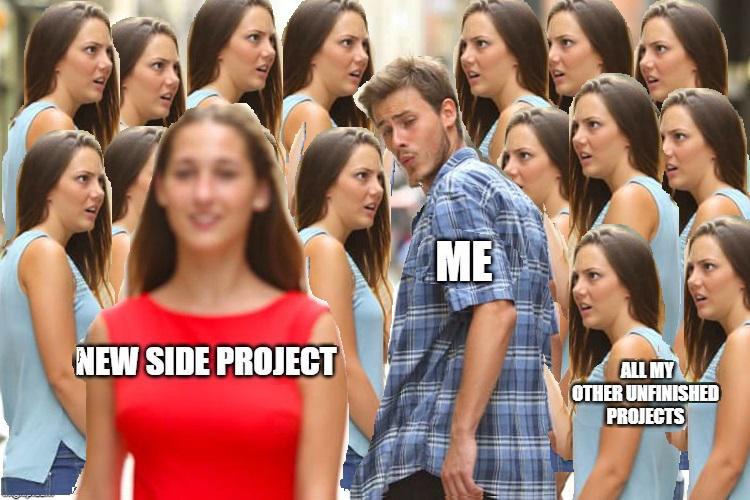 Terraform is an infrastructure-as-code technology providing a way to describe cloud infrastructure like AWS S3 buckets and SQS queues as code objects and manage the full lifecycle of that AWS infrastructure programmatically. It has very recently reached the 1.0 version milestone. Like git, learning Terraform is not easy and using Terraform is not fun, but it’s so obviously better than alternatives that it has become a ‘no-brainer’ choice in my software engineering toolkit. I had to learn Terraform for work and use it extensively there, but I also now also put in the effort to use it from day one in any side project that runs in the cloud.

thundergolfer/example-bazel-monorepo is a public repository where I have an infrastructure/ top-level folder with all the project’s Terraform, and there’s at least a few private repositories where I’m doing the same. Although some might have the reaction that the effort involved in writing and maintaining Terraform for multiple side-projects is overkill, Terraform’s value proposition is really well suited to my side-project needs.

The two most important benefits of Terraform for side-projects are the declarative specification of resources and their interrelations, and the fast spin-up-then-teardown workflow. I develop side-projects in spurts and often get busy with the rest of my life, leaving a side project alone for months. If I set up a project’s AWS resources in the web UI, known as the ‘click ops’ approach, and then ditched the project for a while I would definitely be lost upon return. I’d have to click around AWS’s pretty unpleasant web UI searching for security groups and S3 bucket policies, and importantly I’d have to figure out which resources were missing because they were too expensive to leave around doing nothing. Nearly all modern developers have the experience of accidentally leaving on an expensive EC2 instance to sit idle. Without Terraform, I find this situation is much more likely to happen. With Terraform, I can quickly set up a script that can delete and recreate the project’s entire cloud infrastructure setup in around 10 minutes, with essentially no effort. Such a script is used like this:

On a weekend I may use this kind of script across multiple side-projects, spinning up and spinning down expensive resources such as EKS clusters, Application Load Balancers, Apache Spark clusters, and GPU-enabled VMs.

This saves money, but even better saves a hell of a lot of time and toil that would be involved if I didn’t have Terraform setup and instead had to ‘click ops’ my way through infrastructure maintenance.

To give a proper test of my claim that the up-front investment in doing Terraform pays off, I jumped back into a private repo that I hadn’t touched for over six months, and went about spinning up its Kubernetes cluster and submitting one of the repo’s applications to the cluster for execution. It doesn’t have a script with cloud.sh down or cloud.sh up available, but using the README instructions I’d written down way back then and plain terragrunt, I was able to spin up the cluster and run an application in just over 20 minutes, and 13 minutes of that was just waiting for AWS to create the resources. 🏎

Here’s a run down of that ~22 minutes, from 4:21PM to 4:43PM. For some context, this side-project is concerned with getting hands-on with the various batch-pipeline or workflow systems used in data engineering (think Spotify’s Luigi, Lyft’s Flyte, Apache Airflow, Kedro, etc).

I had to wait for AWS a bit, but now the cluster is active. Let’s setup some basic cluster functionality:

Sweet, I’ve now run a Luigi pipeline in the fresh Kubernetes cluster. (I spent some time reading the notes in my READMEs to check I’d done everything correctly, so there’s a gap in time between commands)

So to sum that up, I went from having nothing for my side-project set up in AWS to having a Kubernetes cluster with the basic metrics and dashboard, a proper IAM-linked ServiceAccount support for a smooth IAM experience in K8s, and Luigi deployed so that I could then run a Luigi workflow using an ad-hoc run of a CronJob. That’s quite remarkable to me. All that took hours to figure out and define when I first did it, over six months ago.

If I hadn’t used Terraform, I’d have to have jumped into the shitty, confusing AWS user interface and clicked around to recreate the cluster, it’s networking configuration, and it’s IAM configuration. Even if I got it working there’s a high chance it would have been different from my previous configuration and not worked with other code and configuration in the project. I’d estimate that in just this one spin-up-spin-down cycle I’ve saved almost two hours of my time.

Now that I’ve run that to validate my argument for Terraform, let’s tie off loose ends.

Complement your Terraform with good notes

Terraform cannot capture everything about your environment setup, so I aim to write down any non-trivial detail, either in comments around the Terraform or in READMEs.

and in that README.md I have:

After six months, it’s very easy to get lost in your own work and want to tear your hair out. The idea is that these comments are there for me right when I hit a ‘wait, what next?’ moment or ‘huh?’ moment and need guidance.

After exercising this system in one of my side-projects, I’m certainly convinced. Kubernetes is a 500lb gorilla of a system, IAM is a regular headache, and Spotify’s Luigi is complex enough itself, but in about 20 minutes I was able to get it all set up to the point where I could run some basic code I wrote over half a year and a half-dozen side projects ago. I really think this is a no-brainer in terms of side-project maintenance and cost management.